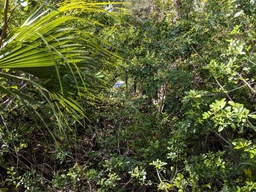 Today's launch was the ultimate test, for many reasons.

One module was setup as a quad deployment system. It transmitted the voltage levels from the device to the phone at routine intervals so I can easily monitor the remote device's charge.

A second bluetooth module was setup with barometer, accelerometer, magnetometer, gyroscope, temperature, humidity. The second module I installed in the nosecone. The accelerometer only is accurate to 4Gs per axis, but for mini-phones, it is better than what they have. The barometer is good until 30kfeet, which my phone has much better (we launched in balloon and my phone was accurate to 98k), but for mini-phones, this is perfect as they don't have a barometer.

I had the second module installed on my rocket for no reason other than to test three bluetooth remote devices connected at high speed to the phone to see how things would perform. This device transmitted data at a good speed to the phone, so it could be recorded and prove that bluetooth (low energy) is a viable wireless technology for internal rocket phone/device/device communication.

I woke up late, had alarm set to PM rather than AM. Wind was calm in the morning but the by the time I launched the wind and clouds were rolling in.

I'd say winds picked up to around 15mph with gusts up to 18mph.

I forgot how slow the T/O is for the K261 so I incorrectly tilted the rail 5 degrees into the wind. It should have had no tilt or tilted two degrees AWAY from the wind. This ended up being a good thing in the end.

By the time the rocket was at 2000 feet, it had a fair angle into the wind and ended up apogeeing upwind about 1.1 miles east of us. This would have landed my rocket squarely in the orange grove which is not a good thing.

After reviewing the data, my bluetooth test device worked perfectly and deployed drogue right at apogee. Due to the high angle, rocket had a fair amount of horizontal speed, which made for a very abrupt drogue deployment, as expected. No occurred damage related to abrupt deployment.

Here's where things get interesting.

At around 4000 feet (look at the flight data at the 1200 meter mark), the rocket entered a pocket of downward moving air, dropping the rocket very rapidly by 300 feet! My software detected this, thought something was wrong with the drogue and deployed main! It was awesome to see the software detecting this and doing proper action. This is all thanks to waking up late, as the turbulent air had moved in.

Deploying main early in high wind usually means a long walk, but because my rocket had such a high angle and was so far east, it blew the rocket back towards us, but with some northern drift. It ended up landing ~3300 feet due north of the launch location, surrounded by trees but not in one. It was in heavy brush but fairly close to the road. Recovery was fairly easy.

Battery levels for remote bluetooth devices remained near full using a 9V battery for both devices.

All charges correctly fired, including the stratologger's main, which we audibly heard at 500 feet AGL.

For a first test, I'd say I had an overwhelming success.